The following is from the Bank Street Newsletter, Word on the Street. 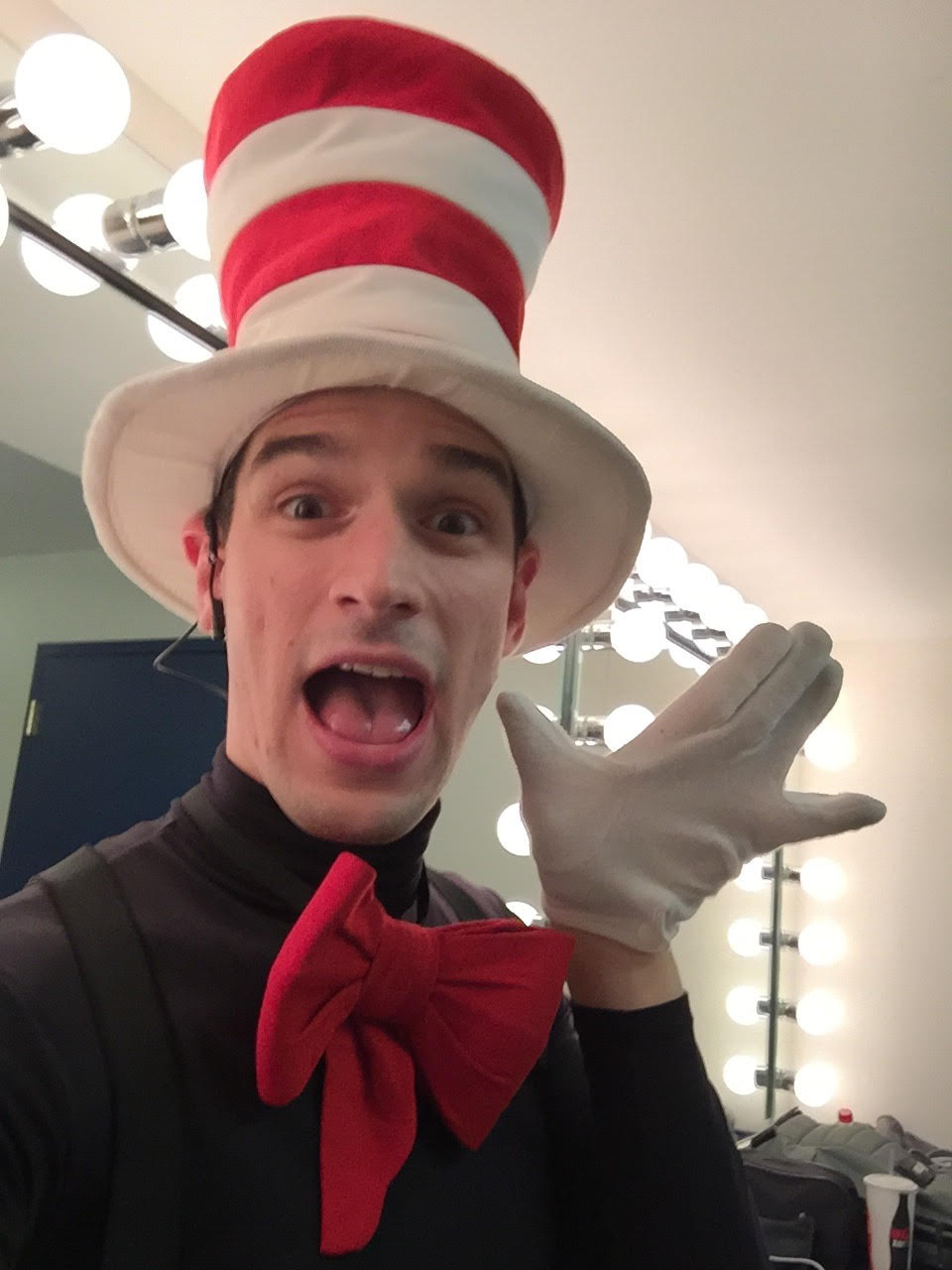 Summer is just around the corner and Bank Street Summer Camp will once again offer eleven weeks of recreational play and focused exploration for hundreds of families.

I had the opportunity to sit down with Michael Lapinsky, Music Director for the Summer Camp’s popular Upper Camp Musical Theater program. Michael discussed how he uses his own experience on stage to inform his approach with campers.

Q: Can you tell us a little about your role in the Musical Theater group at Bank Street Summer Camp?

A: During the June session, the program is focused on helping campers create an original theater production. As the pianist and composer, I help facilitate the writing of the original songs. Other counselors collaborate with campers so they can write scenes, choose costumes, make props and scenery, and of course, create some pretty incredible choreography. Our July session is a much more in-depth approach to an established musical production, which is often the junior version. I help the campers learn proper vocal technique, group harmonies, and all of the necessary dynamic elements required to put on an exciting performance.

Q: How do you use your own experience on stage to enhance your campers’ experience?

A: It’s all about being committed and fearless. The easiest way to teach is by example, so if the kids see me making a fool out of myself, they’ll find the ability to also get wild and crazy with their choices. There’s also the factor of mutual respect. In the grown-up performance world, every actor or musician is driven by their other colleagues’ abilities to be their best self. If I can model that for my campers, and show them that I respect what they are bringing to the table, they will in turn be capable of respecting one another and be able to build each other up throughout the process.

Q: You played the Cat in the Hat in the national tour of Seussical last year. Could you tell us a little about that experience?

A: The Cat in the Hat is one of the most iconic figures in children’s literature and getting to put my own take on the character was incredible. I was fortunate to have a director that gave me a lot of freedom and supported the crazy choices I came up with. In the show, the Cat is personified in a very similar way to how he is in the books, so the movement and body work of our Seussical world was very precise. As the Cat in the Hat, I popped in and out of the different storylines, kind of like the narrator that knows what’s going on at all times, and it was really fun to be able to do that and surprise the audience.

Q: Why did you and the other theater counselors pick Seussical for the 2017 Summer Camp Musical Theater production?

A: The themes of Seussical are universal, but they’re especially applicable to our camp setting and the goals we try to achieve within our program. At its core, the show is about unlimited imagination. But then there are these sub themes about friendship, relationships, responsibility, caring about things and other people, and adventure. Bank Street campers really respond to themes like this and it influences how we help support them to do their show.

Q: Why do you think musical theater is important for children?

A: During any musical theater production, many pieces have to come together to make a complete world, so it’s never a solo effort, and I think it’s important for kids to know what it feels like when they’re all working toward a common artistic goal. Whether it’s with friends, strangers, adults, or kids, each show is a new community built on the development of mutual respect and responsibility. Then there are the artistic skills of musicality, rhythm, reading music, vocal technique, acting, public speaking, movement, design… the list goes on. Kids can be going through this program for the first or fifth time, and they’d still be able to pick up new skills and build on old ones.

Michael Lapinsky went to NYU Tisch School of the Arts and graduated with a BFA in Drama. Michael has been working in the Bank Street School for Children since 2013.