Lucy Sprague Mitchell, who founded Bank Street in 1916, asked, “What potentialities in human beings—children, teachers, and ourselves—do we want to see develop?” This question continues to drive our knowledge that human beings can improve the society they have created. As members of the Bank Street School for Children community, we continually challenge ourselves to grow from the opportunities and tensions inherent in people learning and working together.

Social justice, community, and advocacy are at our core because our strength comes from our diversity, which we view broadly. In developmentally appropriate ways, we explore aspects of identity including race, ethnicity, socioeconomics, social class, religion, gender, sexual orientation, family structure, ability, and learning styles. Our work is grounded in supporting positive identity development for students, families, and faculty, who see themselves reflected in the community and become advocates for social justice and allies in an inclusive community. In this way, we seek to improve the society in which we exist.

Learn More About Our Approach to Social Justice & Equity

The term affinity group refers to people who share a similar identity but not necessarily the same experiences. The group offers a time for reflection, dialogue, and support. It ultimately strengthens the ties within the community and is central to creating an inclusive and thriving community. Below is a list of affinity groups at Bank Street:

Bank Street has had a deliberate and responsive approach to social justice and advocacy since the 1990s. In the Lower School, students focus on concepts like sharing, friendships, same versus different, responsibility, fairness, and inclusivity while learning how racial identity, gender identity, learning differences, and family structure are part of our everyday lives. Children explore diversity through books, conversation, classroom guests, and music. The Racial Justice and Advocacy (RJA) curriculum in the Middle School and Upper School empowers all students to take part in developmentally appropriate lessons and activities based on themes related to racial identity and advocacy. It is a dedicated curriculum that focuses on positive racial identity and prepares students to be advocates for social justice. 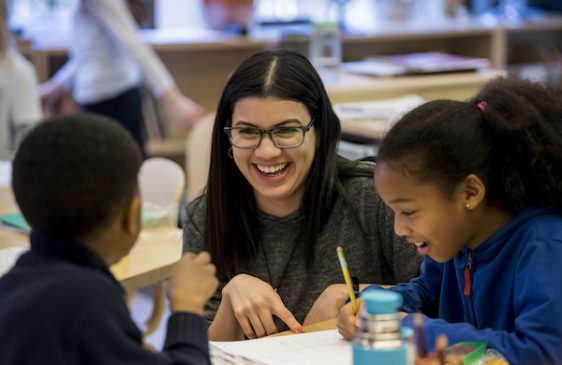 In our interactions as adults and with children, what we say matters. At Bank Street School for Children, we use language that is free from assumptions to help ensure a safe and inclusive community for all individuals and groups of people.
Access our Language Values Guide Additional Social Justice Resources 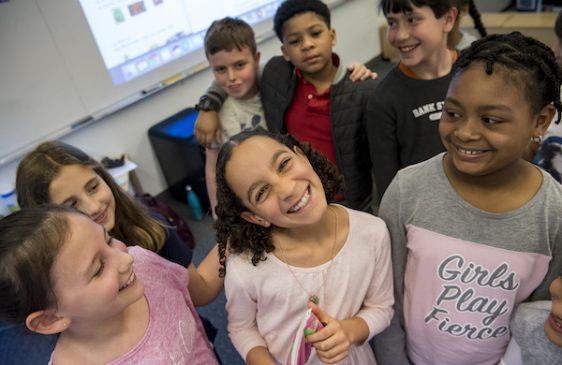 The School for Children’s commitment to social justice and equity is part of a larger, historic mission by Bank Street College of Education to build racial consciousness and fluency across our institution. We live this mission in our own community but also through our work with school systems, program partners, and communities as we collaboratively and intentionally engage in anti-racist practices and interventions that dismantle systems of oppression.
Learn More 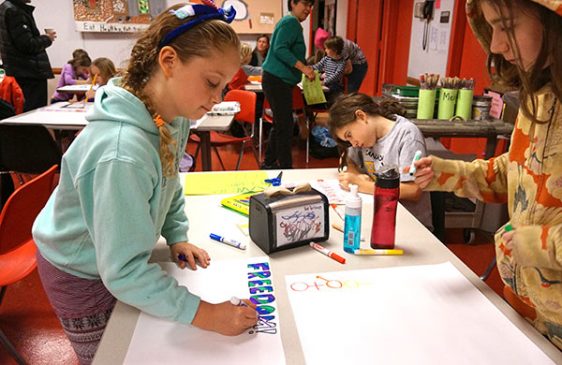 As vital parts of the curriculum at Bank Street, the art and shop programs support student’s learning and growth through interaction with materials at each stage of their development. The school’s art and shop curricula support children in constructing a visual language as they reflect on their experiences and express their understandings of the world. Through artistic investigations, children become better equipped to make meaning from the world around them and, in turn, learn more about themselves. Motivations and concepts discussed in art and shop allow children to reflect and discover more about themselves and their peers. Race, ethnicity, socioeconomics, social class, religion, gender, sexual orientation, family structure, ability, and learning style are intentionally discussed in developmentally appropriate ways and used in various motivations. 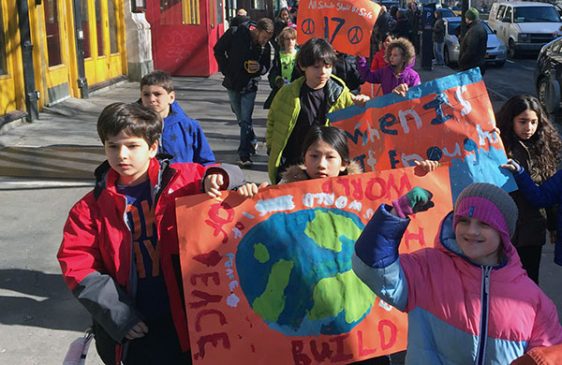 Social and Racial Justice Curriculum
As a New York City independent school, we make regular and deliberate use of the world outside our walls. Social issues are examined and discussed head-on. Indeed, marches for justice have happened within the school, in the neighborhood, in collaboration with adjacent schools, and in citywide marches such as the annual New York City Pride Parade.
Learn More