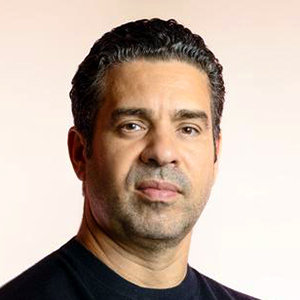 The company we started wasn’t part of my career plan, but it was right. We feel good just knowing that we’ve had some positive impact doing the right thing to make a better society, as I learned at Bank Street.

Jon Malveaux’s journey has been remarkable—from Bank Street to Harvard and Columbia, from the Bronx to Japan, from corporate law and investment banking, and now at the entrepreneurial start-up company he runs today. His confidence to dream big started early on when his mother had the foresight to transfer him in the 4th grade from his elementary school in the Bronx to Bank Street School for Children.

Jon said, “My mother had learned about another student in my elementary school who was Puerto Rican and Black and was doing well there. She knew I should try it. And it was quite a stretch for us at the time. My parents were well-educated, but we just weren’t well off then. But my family always wanted me to have the confidence to dream big—and I have.”

Jon graduated with a bachelor’s degree from Harvard University and also earned a joint JD/MBA from Columbia University.

He said, “Initially, I was pre-med, but I didn’t know if I could wait so long to help my family financially. Deciding to do law school and business school at the same time was not just about that. It was also about asking, how do I become the best version of myself? I think a lot of that kind of thinking for me comes from Bank Street.”

After graduating from Harvard, Jon moved to Japan to pursue a job in patent licensing. He said,  “I didn’t speak Japanese when I applied for a job at Panasonic, and I was the first and only non-Japanese person in my office. I didn’t think twice about jumping on a plane and staying for three years.”

When he came back to New York City, Jon then worked as a corporate finance attorney at Latham & Watkins, LLC, as an investment banker at Lehman Brothers, and then as a vice president of leverage finance and restructuring at Credit Suisse.

It was the next step that put Jon on the right track to finding his passion: He founded a sports and entertainment agency with basketball star Dwyane Wade as his first client. Then, the real turning point for his entrepreneurial journey came at the start of the COVID-19 pandemic. He and his wife, who is originally from Japan, became aware of the wave of panic unfolding overseas weeks before the pandemic had noticeably hit the US.

“We were already getting masks sent to us from her family in Japan,” Jon said. “There was a whole spectrum of good-quality masks that were available over there, but not here in the US. Jon and his business partner pulled together a small team and launched Desavo Masks in June 2020 to manufacture the highest quality masks they could make. By mid-July, they were interviewed on the Today show two days in a row, and his 100% minority-owned start-up became the official mask provider for the NBA.

“We were getting recognition for being a high-quality provider that could deliver. I was used to advising other companies who were experts. We weren’t experts at all. It involved so many different aspects—driving traffic, marketing, and building a brand. We couldn’t afford to hire experts because we didn’t have that kind of capital. We made some mistakes here and there, but now we can handle 10,000 orders per day. We have 50,000 partners and service 150 sports teams around the world, including the NFL, NHL, MLB, WNBA, G League, and college teams. We were also hired as the official mask provider for the 2022 Academy Awards and the Grammys,” he says.

Starting Desalvo Masks was the right move. When Jon left the comfort of a corporate job, he found a different type of fulfillment.

He said, “I’ve never been in a position to help millions of people before. Professionally, I’ve always helped very resourced companies. The company we started wasn’t part of my career plan, but it was right. We feel good just knowing that we’ve had some positive impact doing the right thing to make a better society, as I learned at Bank Street.”