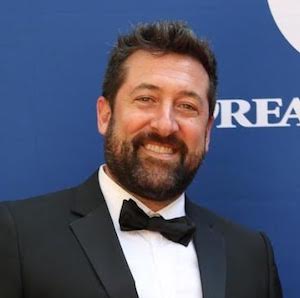 I was very into math and into, at the same time, creativity and art… Bank Street gave me both. I didn’t realize it but it was going to be a good combination later in life to do art on computers.

Gabriel Portnof, SFC ’87, developed his love of art and mathematics as a student at Bank Street School for Children. While pursuing his master’s in fine arts in Computer Art at the School of Visual Arts, he was finally able to finally merge his two passions into a career and eventually became a lighting specialist at DreamWorks Animation, where he worked for over 16 years on more than 17 animated feature films, including Trolls, Boss Baby, Shrek, Madagascar, and Kung Fu Panda. Gabriel is currently a computer graphics supervisor for DreamWorks Animation.