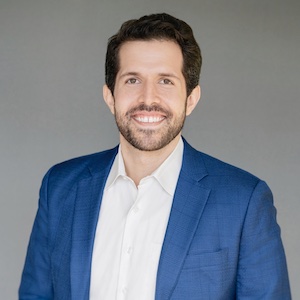 [The School for Children) was an environment from my youngest years that encouraged independent thinking and creativity, and helped teach me a real firm sense of right and wrong, which matters a whole lot for a political reporter.

Alexander Burns, SFC ’00, is associate editor for global politics and a columnist at Politico. He is also a political analyst for CNN. He has covered American politics and government for more than a decade, including as a national political correspondent for The New York Times during the 2020 presidential election. Burns is the co-author of the book This Will Not Pass: Trump, Biden and the Battle for America’s Future, a bestselling account of the 2020 campaign and its tumultuous aftermath. He and his wife, MJ Lee, live in Washington, D.C., with their family.